‘Without intervening in my writing, Lorenzo stimulated my imagination through his interpretative capacities, sometimes leading to richer results than I could have imagined at the start’

Benoît Mernier: ‘I was planning to compose a concerto either for violin or cello, but opted for the violin with Lorenzo in mind; I wanted a high level musician in geographical proximity, open to the contemporary repertoire.’

Without belittling this statement, Gatto is not a specialist in contemporary compositions but rather loves the work involved in such creation: ‘It all consists of listening from within, of ‘inventing’ without resorting to referencing other recordings. It’s a fascinating process, enriching and essential in the end.’

Mernier: ‘I had the violin in my ear, in my personal knowledge… but it all had to pass through the fingers, sensitivity and violinistic capabilities of Lorenzo. Without intervening in my writing, he stimulated my imagination through his interpretative capacities, sometimes leading to richer results than I could have imagined at the start.’

At the start, war is evoked not as a deflagration but rather a threat, first insidious but increasingly obsessive as the orchestra begins to utter vehement cries of horror. In response rises the plaintive solitary song of the violin, aspiring to a better world.

A dialogue is established in which the volubility of the solo instrument expresses a certain disarray. Remaining alone, the violin radiates ethereal tribulations on a quest for joy that one can only dream of. However, the more distant orchestra continues to grumble…

The confrontation escalates and brutally comes to an abrupt culmination. The violin’s discourse then dominates the second movement: dense and well conceived, it delves deeper in affirmation of a very pure lyricism that the orchestra complements with beautiful complicity. The soloist becomes more active once again and dominates the debate, a last tutti opening the portal to interiority. Thus triumphant, the violin is elevated full of luminosity. Could it be that he has voyaged to a sort of kingdom of Platonic ideas? In any case, memory transmutes hope.

‘It is beautiful, strong and noble, engorged with profoundly human convictions, enabled by the fervent intensity of the interpreters’ 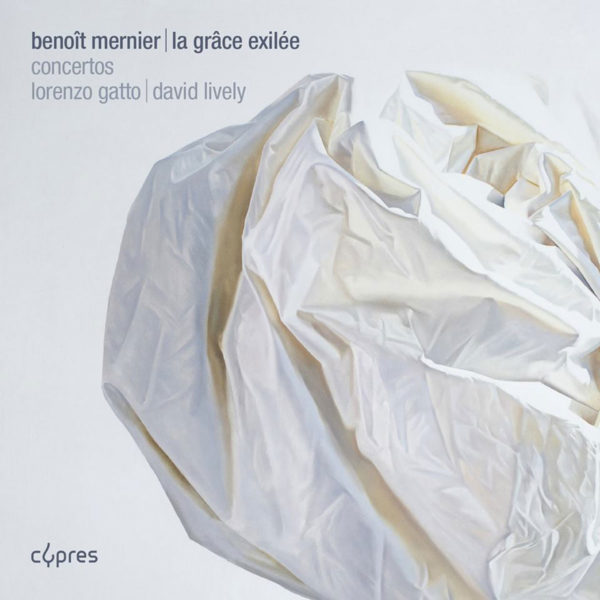